Create an Account - Increase your productivity, customize your experience, and engage in information you care about.

Vernon Township begins salting when the snow starts to accumulate and traffic safety is affected. We spread rock salt treated with liquid calcium chloride, which will melt snow and ice when ambient temperatures are as low as 0 degrees. If snow accumulation reaches 2 to 3 inches, the crew will begin snow plow operations. When this is complete the centerline of most streets are reapplied with salt and chloride.

On all unincorporated township roads, there is no parking allowed after a 2-inch snowfall until snow removal is complete. 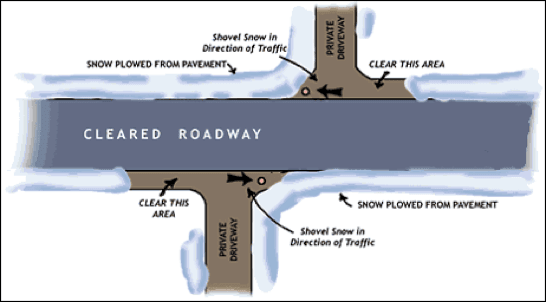 The de-icing solution is a combination of organic materials and existing snow removal products.

Geomelt is a 100% organic accelerator that enhances the chlorides and salt brine used in snow removal. A combination of Geomelt, liquid salt brine and calcium chloride is sprayed onto the rock salt before it is applied to the road. In previous years, the liquid used on the roads was 100% calcium chloride. Because of this new solution the amount of calcium chloride used has been reduced to 20%. In the future even less can be used.

The benefits of this solution are that it will work to 25 degrees below zero, the solution is less corrosive on township trucks, roads, road infrastructure such as storm sewers and to personal vehicles. Additionally, it reduces the green space kills along the roadsides. The Geomelt anti-bonding solution continues to protect the roads after application by holding the salt, salt brine and calcium chloride on the roads. Because of this the amount of hard packed snow on the road is lessened by an estimated 95%.

The Geomelt mixture system if purchased from an outside vendor can be cost prohibitive. In an effort to minimize costs, the Vernon Township Highwayd Department Crew designed and built their own containment system. Within 10 minutes and minimal effort, a snow removal / salt truck can be transformed into a pre-treatment truck, thus utilizing one vehicle for multi-use.

The alternative was to purchase another vehicle and/or an expensive manufactured pre-treatment system. The purchased system would have been cumbersome and taken over an hour to transform a truck.